It seems like everyone is talking about pickleball lately - and while the sport is hugely popular right now, it’s actually been around for about 60 years. Pickleball was founded in 1965 in Washington state by congressman, Joel Pritchard. And it started just the way you might have thought - on a tennis court, with ping pong paddles and a perforated ball. In it’s first 20 years, the sport mostly grew within Washington with official tournaments and courts popping up, but by the early 90’s, pickleball was an official sport in all 50 states. As of late, the sport has grown it’s membership by almost double, and there are regularly hosted tournaments with professional pickleball athletes taking away championship titles.

One of these professional pickleball players is Tom DeCaprio, a former golfer, who accidentally stumbled upon the sport when his girlfriend and her parents needed a 4th to fill out the game. She taught Tom the basics, and the rest is history. As Tom says, “once I picked up a paddle, I was totally hooked.” We sat down with our friend Tom to ask him some questions about the growth of the sport, tips and tricks and so on…

Did you play other sports as a kid? What did the path look like for you to get where you are in the sport? Oh, I played almost every sport imaginable. I loved hockey and started that at a young age. I played all the big sports (football, basketball, baseball). Golf became my passion my senior year of highschool and I followed that through college and pro tours. I came from a very athletic family, so sports were a staple in my house growing up.

Was it always competitive for you or did it start as a hobby? It completely started as a hobby and then the more I played, the more addicted I got. I found out there were tournaments, and well, I was sold. The competitive side of me kicked in and it was all done. Tournaments are so fun - you get to see your friends and travel to some cool places and play pickleball. The best part about most tournaments is the rec play…

How long have you been playing professionally? I have been a Senior Pro for 3 years now, although with Covid my first year was pretty much wiped out.

What has that transition been like from what you may have been doing before to this? The transition was pretty simple, really. I took the knowledge from years of playing golf tours and just transferred it to pickleball as far as training, practice habits, travel planning, etc. I mean, by the time pickleball came around I was just running my company and playing club golf and tennis, so the opportunity to get back out on the road again was great and to do something I love was really great!!

Favorite JO pieces to play in? Wow, that is a tough one… there are so many pieces I like, but I won’t cop out by saying all of them. I really, really love playing in the Prep-formance Polos. They are so light and breathable, and the designs are incredible. If I had to target one line, it would be the Featherweight Collection of Polos like the Huron or the Toutou and the Yates. I also love the Runner Tees from the Coffee Run collection. However, what I can’t wait for is for it to be cool enough in the fall events to break out my Titan and Vaughn hoodies… those are awesome pieces.

How has the rise in popularity of the sport impacted you and the sport? The rise of pickleball has been fantastic. I think the only negative to more players is more crowded courts, but a positive is coming out of that as well, as more and more communities and municipalities are taking old, dilapidated tennis courts and transforming them into new, beautiful, pickleball courts. It has impacted me by being able to draw from a larger partner pool now with so many ex-tennis players getting involved. It has also allowed me to use the platform to garner sponsors and help grow the game.

For people who don't understand pickleball, how do you explain it to them? Lol, I love this question… I normally answer by saying it’s table tennis on a small tennis court. No, but seriously, I tell them it’s a mix of badminton, tennis and table tennis. I tell them it’s tennis on a condensed court with really fast action at the net and a lot of angles and strategy. Most people give pickleball the stigma of being a sport for older folks but go to any pro level event and watch the speed of the hands and reactions on the net… there is a great balance between power and finesse needed to play at the highest levels. It's truly amazing to watch.

Favorite places to play? US Open at East Naples Park in Naples, Nationals at Indian Wells and this year I added NYC to that list as the APP Tour played an event at the Billie Jean King Tennis Center (Home of the US Open Tennis) and it was AMAZING. I am looking forward to playing in Hilton Head this year… that is one of my favorite places to travel to. And then, of course, my home courts at Bardmoor Golf, Tennis & Pickleball Club here in Florida. I’m excited because they are adding 6 brand new courts later this year… it will be amazing.

Any suggestions for beginner players? Drill more than you play, and when you drill work on 3rd shot drops and your short game, those are the two most important factors in improving your game quickly. I know it sounds boring, but it will pay off in the end. And, as always, HAVE FUN no matter what. Keep a smile on your face, you are playing pickleball after all… 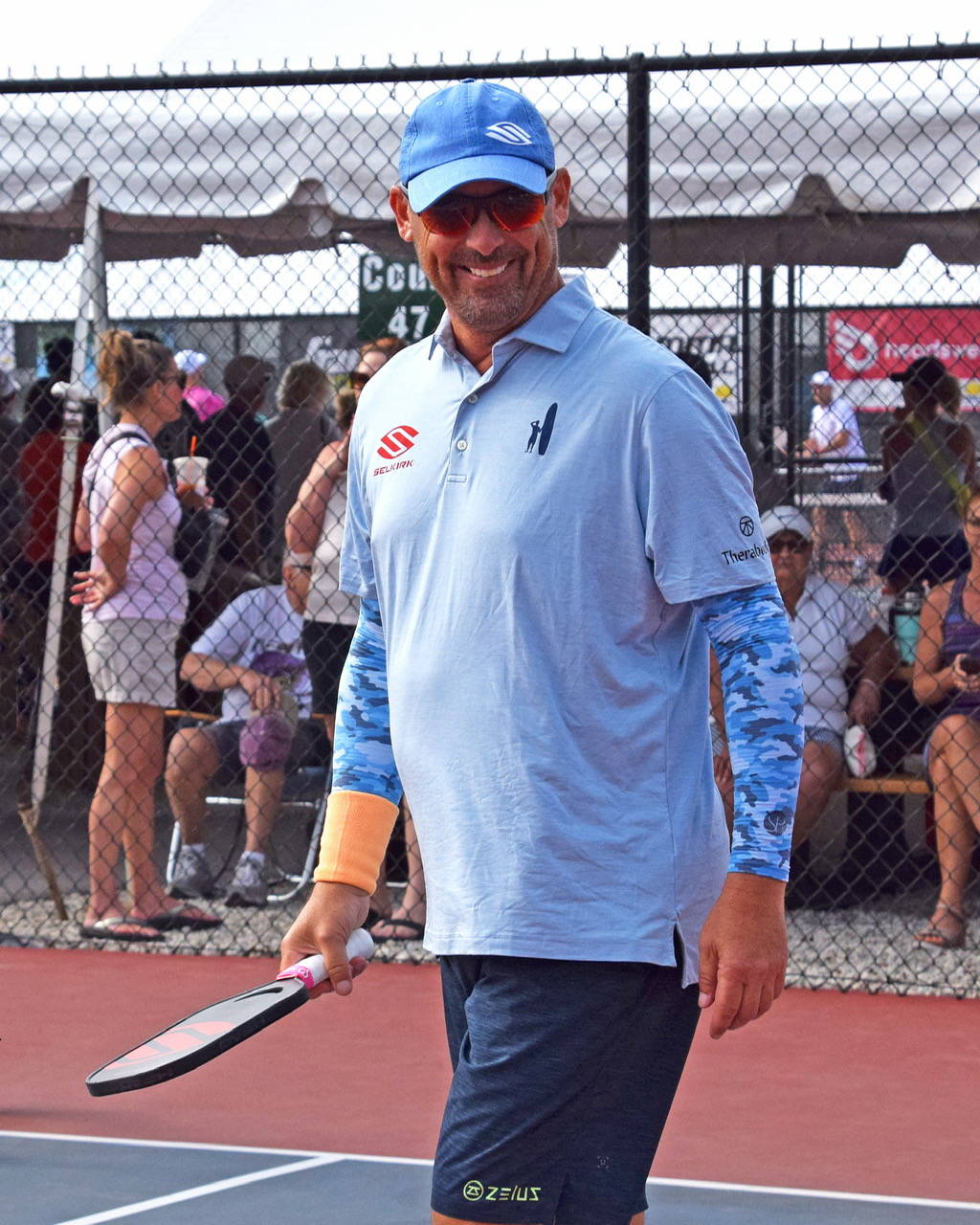